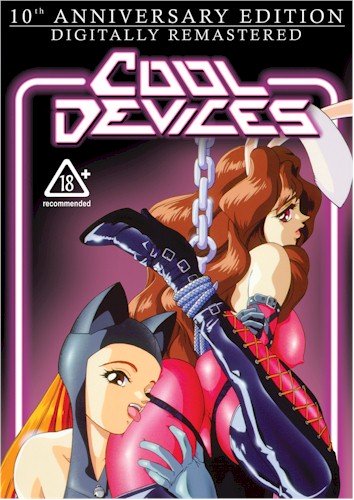 When I found Cool Devices years ago, I landed on a particular episode in the series called Operation 11: Fallen Angel Rina. By the way that’s an NSFW link but you might have already clicked on it 🙂 At the time the I had downloaded the file and just started watching in curiosity more than anything without knowing what it was. That’s how it all starts. The story starts out with the character Rina who is a pop idol star in Japan. While on tour a company called Angel Productions finds interest in her as they would like to represent her and her endeavors. At this time she learns that her father has fallen ill and is unable to repay his debt to Angel Productions which she had no idea he was involved. Backed into a corner she signs on with the company not knowing what else to do. She also learns the hard way at this time the company, Angel, is mob related as well involved in selling flesh. They start to use her for her image and popularity not only to pay off her fathers debt, but to also fulfill their own gruesome fantasies by having her being publicly humiliated sexually. They eventually sell her as their creation and she returns to her career as a singer. At this point she is broken as she learns her father had died while she was being manipulated by Angel and now has no choice but to be someone else’s slave as she was sold to them. The end scene tells the whole story in a nutshell how lies and manipulation can break someone past the point of no return. You’ll have to watch for yourself.

In all, the particular story about Rina is interesting. Beyond the sexual nature of the episode one can see the ways in which people manipulate others into doing and thinking at their will. My take is that Angel Productions made Rina’s father ill and made the whole story up about him being in debt to them just to get to her. She never asked and they never told the whole story to her, she just took their word as gospel. I haven’t yet watched the other episodes in the series but now that I revisted Rina’s story, I just might have to. And of course if you are interested in the series you can buy the Cool Devices Complete DVD Collection