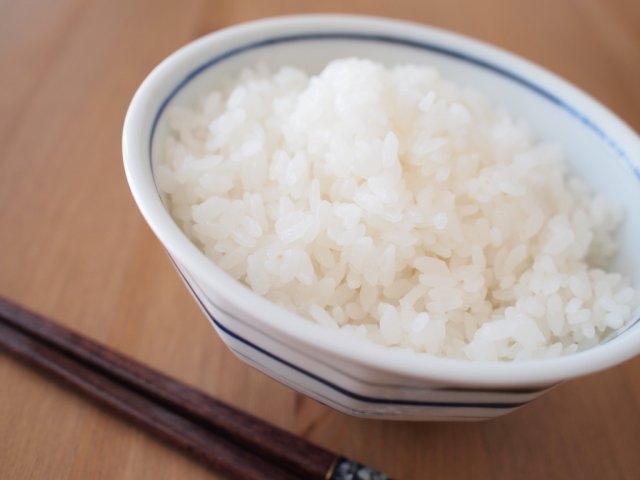 I never thought I’d be eating so much rice. I mean I went from no rice, to rice all the time. Not that I mind rice but you know how it is. It’s like going to the same job everyday and not wanting to go back the next. It’s like taking that same bus over and over again with that same guy sitting across from you not knowing what he’s thinking, and he just stares. It’s like, well you get the idea. I kid though, it’s not that bad. Rice, among others, is a staple food in Japanese cuisine. It has to be expected that ones Japanese wife would be eating Japanese rice daily. And to clarify, I don’t mean morning noon and night or anything but everyday at least with one meal.

Eating Japanese rice daily for me wasn’t that big of a deal to start doing. I’ve always enjoyed many asian dishes, in which of course in many other asian counties, rice is also a staple food. If not in direct rice form then in some other prepared fashion such as rice noodles. One of which is my all time favorite Vietnamese Rice vermicelli with grilled pork and fried egg noodles. Another is the all time classic Thailand Pad Thai made with wider flat rice noodles. Pad Thai is great with a different assortment of meats. The last one that comes to mind is Chinese Chow Fun with wider stickier noodles. Holy crap I am making myself hungry now.

So what does one do as a husband of a Japanese wife but partake in the glory that is rice. Mostly white rice is what my wife makes on the gas stove in the traditional style of soaking and boiling. She does also make brown rice to mix things up. She always uses her Le Creuset Signature Enameled Cast-Iron 3-1/2-Quart

to make the rice which takes around 45 mins from start to finish. This is actually her second Le Creuset pot as well since I destroyed the first one pretty horribly. I had accidentally turned on the stove on the back burner where the pot was at the time and there was nothing in it. Freshly cleaned and waiting to be put away is was mistakingly burnt to a crisp. Now it’s a planter, so there’s that. The other popular way to make rice is with an electric rice cooker

. This is the most hands off approach to making rice and probably the easiest to get a consistent batch each time.

Basic rice preparation is as follows:

Well there you have it from start to finish on how to make rice. At some point I’ll be talking about the health benefits of rice as well as the various types. One thing we love to do as a couple is eat. Since being married to her, I have enjoyed many different types of Japanese foods you won’t typically find in the states. Hey, go eat some rice!