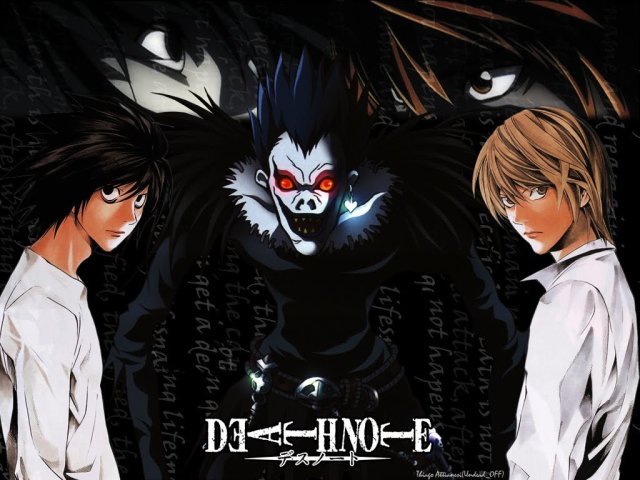 The majority of the episodes center around the struggle between Light and L trying to outdo each other. L does not know Light holds the power of the notebook but is always suspecting him. They eventually wind up working with each other to find out who is using the book for the killings. The Japanese police force along with the cooperation of the CIA and FBI are also in search of the person who holds the power. At the end of the story, yeah right. Watch it for yourself! Through the plots twists and turns and dramatic circumstances it’s hard not to want to watch the entire series all at once. I had actually gone through it entirely about a year ago and refreshed my memory with another viewing of the series over 3 days recently. There were also a movie series done on the story line which is quite interesting. If you like CSI or other related types of dramatic police investigation types of stories this one is for you. And, it’s anime.