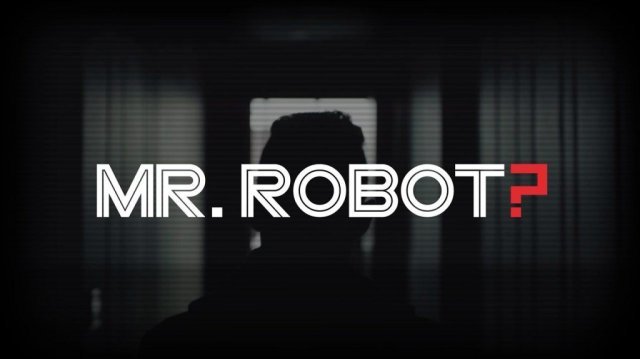 The shows main character, Elliot, is a tech guy that works for a security firm whose task it is to make sure that companies are running, you guessed it, a secure infrastructure. He’s also socially inept, using drugs to get around what he finds to be the atrocities of what’s wrong with the world. I personally don’t think he’s far off from his approach in how most of us deal with the world around us. I mean, take a moment and think of what it is you might be using right now to distract you from whatever it is you “should” be doing or otherwise. We all use some type of “drug” to take our minds off our problems. His problems however are not so much of what he see’s in himself, but rather what he see’s as being problematic in the world lending him mistrusting of it’s inhabitants. More aware of his surroundings if you will. Though, we all make it what it is on some level and in some way. His only real connection to anyone is to “hack” them. He finds out more about someone in his process of hacking them than any physical interaction would satisfy. Of course, anything can be one sided.

As I was watching the pilot, my wife’s attention was caught as I seemed to be pretty enthralled. I think the show resonated with us both in the context of what was being presented. The show references E corp or better yet, as everyone refers to it, Evil Corp. I take that to be a jab at the whole Enron Corporation scandal, which in my opinion we haven’t learned or cared to really change a thing since. The main character is also in therapy in which you get the idea that he’s been there for quite some time facing the same challenges over and over. He’s disgusted with what “we” have done with the gift of life and the planet we live. At some point he realizes he’s not alone in his wanderings in that is he contacted by a hacking team that holds his same ideals in mind. Fsociety, as they so eloquently named themselves, needs Elliot’s help to inject a virus inside of Evil Corp to start the process of ending their tyranny for good. The security company the hacker works for is conveniently a client of Evil Corp, so the choice on fsociety’s part is not by accident.

The pilot was well done as well holds a lot of credibility in the technical lingo that was used throughout the episode and also the physical aspect of what the hacker was typing on the screen and server room madness. Through it all, one part in particular in the pilot still rings in my ears. At one point, while in a therapy session, Elliot the hacker is asked by his Dr. what he thinks is wrong with society. He responds as follows:

“Why I hate society? Is it that we collectively thought Steve Jobs was a great man even though we knew he made billions off the backs of children? Or maybe it’s that it feels like all our heroes are counterfeit? The world itself’s just one big hoax? Spamming each other with our running commentary of bullshit masquerading as insight. Our social media faking as intimacy. Or is it that we voted for this? Not with our rigged elections, but our things, our property, our money. I’m not saying anything new. We all know why we do this, not because Hunger Games books make us happy but because we want to be sedated. Because it’s painful not to pretend. Because we’re cowards… F*ck society.” – Elliot

You then realize when the camera snaps back he was only talking in his own mind, not out loud. How many of us do that all day, complain the truth without changing it. Check out the show, it might strike a nerve as it did mine.